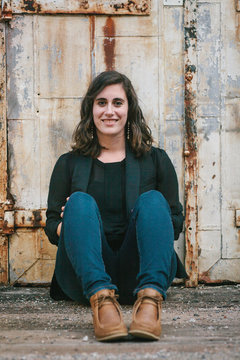 Gena Thomas
is a lifelong writer, an apprehensive speaker, and a wannabe barista/rock climber. She was a missionary in northern Mexico alongside her husband, Andrew, for more than four years, where they played a lot of soccer, hung out with a lot of youth (who were always way cooler than they could ever be), consumed insane amounts of caffeine, and struggled to redefine the word missionary. Their son was born not long after they began a coffee shop ministry that sought to bridge the gap between international rock climbers and Mexican locals.

Gena holds a master's in International Development from Eastern University, dreaming often about how she’ll use that knowledge. Gena and Andrew, along with their son and daughter, have been a fostering family since 2017. She’d love to connect with you on social media @genaLthomas